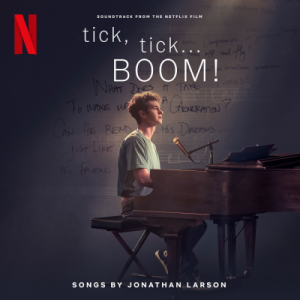 Years are getting shorter
The lines on your face are getting longer
Feel like you’re treading water
But the riptide’s getting stronger
Don’t panic, don’t jump ship
Can’t fight it, like taxes
At least it happens
Only once in your life

Don’t freak out, don’t strike out
Can’t fight it, like City Hall
At least you’re not alone
Your friends are there too

They’re singing, “Happy Birthday”
You just wish you could run away
Who cares about a birthday?
But 30/90, hey

Peter Pan and Tinkerbell
Which way to Never Never Land?
Emerald City’s gone to hell
Since the wizard blew off his command

On the streets you hear the voices
Lost children, crocodiles
But you’re not into
Making choices, wicked witches,
Poppy fields, or men behind the curtains,
Tiger lilies, ruby slippers
Clock is ticking, that’s for certain

They’re singing, “Happy Birthday”
I just wish it all were a dream
It feels much more like doomsday
What 30/90 seems

The American actor Andrew Russell Garfield was born on July 8th, 1959, in Los Angles, California, to Lynn Garfield, a British mother, and Richard Garfield, an American father. At the age of three, he moved to Surrey, U.K., with his parents and older brother, where he lived till the time of his death. A member of the English and Polish Jewish communities, he is a member of a mixed-race family. His family is regarded as middle class, and he was raised in a school that is regarded as a private institution, the City of London Freemen’s School. His first role in a theatre production began while he was still a student in a youth theatre company. He attended the Royal Central School of Speech and Drama in London at the age of 19 when he was a student there.

It was on the stage that he made his debut as a professional actor, and in 2005 he made his TV debut on the Channel 4 teen series Sugar Rush (2005) where he played the lead role of Jonathan Wakefield. After this, he continued to work in television (including an appearance in the third season of Doctor Who (2005), where he was able to reach a wider audience in a two-part story) as well as appearing in a number of movies. He played Eduardo in The Social Network (2010) and Tommy in The Never Let Me Go (2011), two films that brought him to the attention of the whole world because of the roles that they played. As a result of the same year, he was cast in the movie The Amazing Spider-Man (2012), which rebooted the Spider-Man franchise and made him a global star. A second time on screen, he reenacted the role in The Amazing Spider-Man 2 (2014), before the baton was passed to Tom Holland for the third installment.

Having returned to his work in dramas, Garfield has starred in Ramin Bahrani’s 99 Homes (2014), with Michael Shannon, as well as Mel Gibson’s Hacksaw Ridge (2016), about real-life Seventh Day Adventist war hero Desmond Doss. Among others, in Martin Scorsese’s Silence (2016), Garfield played a Jesuit priest opposite Adam Driver. For his role as Doss, he received his first Academy Award nomination for Best Actor at the 88th Academy Awards.

In 2017, Garfield was seen as Robin Cavendish by Andy Serkis in the Andy Serkis-directed drama Breathe (2017), in which Garfield portrays a man paralyzed by polio who is an adventurous man. He will be seen as the lead character in David Robert Mitchell’s black comedy Under the Silver Lake (2018).